Here at LPC we are very proud to say it was our 90th birthday in June!  To reminisce, we are going to look through our history books and tell you the story of how we became the LPC of today.

So, on the 24th June 1928, LPC was formed under its original name Morgan Components Ltd as a carbon cutting plant, part of the Morgan Crucible Company in North London.  During this time we began to develop new designs of brush holders and metal contacts of cast and riveted construction.   It didn’t take long for us to outgrow the original site and in 1932 we moved to a larger factory in Stanmore where we first started using close limit brass extrusion for holder construction, which continues to this day.

Interesting fact:  During WW2 we operated a shadow factory for Morgan Battersea with strategic carbon block located on the roof!

The factory expanded further during the 50’s to the early 70’s with Switchgear assemblies now being developed and all production of holders centralised to the Stanmore factory for the Morgan Group, including the Morgan Battersea range. The production of contacts and assemblies also continued to expand to meet UK and overseas demand with the introduction of constant force springs into holder designs. 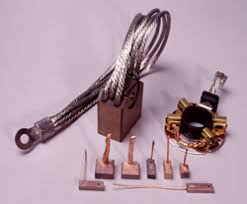 In 1975 it was planned that the business would relocate to Morriston and as such all non-holder business activities were sold in preparation for the move, unfortunately the move was then cancelled.

A management buyout occurred in 1984, and whilst maintaining a close relationship with the Morgan group, the new management purchased the wire wound resistor business from Cressall Resistors in Birmingham and re-established the contact business. The company relocated to North London. 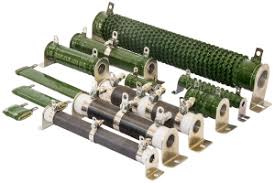 In 1996 Morgan bought back the brush holder business as part of a strategy to expand their presence in the brush holder market. This was a busy year for us as we re-branded the resistor business LPC Resistors and acquired an industrial heating element manufacturer called LPC Elements in County Durham.

LPC Elements had started life in Gloucester in 1970 but having identified a lack of competition in the North of the UK in the 1981 it moved up to County Durham to a site in West Auckland. A period of intense growth and investment followed which included the development of one of the earliest and most advanced ERP systems in the Country.

In 1997 a new manufacturing site in Coundon, County Durham was acquired and all production of heating elements and power resistors was brought under one roof. The technological synergy between the two businesses allowed for huge efficiencies to be made. Both businesses had cast component product offerings, manufacturing capabilities and technical know-how so at that stage LPC Castings was born.

In 2008 the Company merged with another well-established heating element manufacturer. With four generations of experience, a process oven manufacturing plant and a dedicated sales team in the South of the UK.

In 2014 the current owners acquired the business and set about implementing a strategy of reform and modernisation. The Company was re-branded as LPC Components Ltd with three dedicated divisions (LPC Elements, LPC Resistors & LPC Castings).

The extensive efforts to modernise the Company included the introduction of a Total Quality Management system and within 12 months the Company had been granted accreditation to BS EN ISO 9001.

So here we find ourselves in 2018 and having experienced significant growth over the last couple of years, whilst we have welcomed the opportunity to look back at the past, what we are really excited about is our future and what the next 90 years will bring!!